NEW DELHI: The government has announced a big increase in support prices for most rabi crops and given a strong signal to plant more oilseeds and pulses for which official agencies will pay 10- 16% higher rates than last year, a move officials said would boost farm incomes significantly.

It also approved an increase of 6.6% in support price for wheat, which is higher than last year’s increase of 5.2%. It raised the price of lentil (masur) by 16.2%, against 8% last year, to encourage higher sowing of the crop after a year of scarcity and soaring prices.

This will reduce demandsupply gap in pulses and oilseeds, and give a big boost to the income of farmers, officials said. They said the government was concerned about increasing dependence on imports for these commodities.

“The government has announced this bonus on pulses and oilseeds to give a strong price signal to farmers to increase acreage and invest for increase in productivity of these crops,” it said in a statement after support prices were approved by the Cabinet Committee on Economic Affairs.

Analysts welcomed the move. “Already due to good moisture, we were looking at increase in planting in pulses especially chana, and wheat. Now with increase in prices, farmers will further tilt to these crops,” said Prerana Desai of Edelweiss Agri Research.

T Haque, former chairman, Commission for Agricultural Costs and Prices (CACP) said wheat farmers expected a higher increase s costs were rising. “In oilseeds and pulses, the increase in prices is what we were anticipating. This will give boost in planting of crops which the country is deficit in,” he said.

Other cabinet decisions include approval of the statuscum-progress report and constitution of “special committee for inter-linking of rivers” in compliance of Supreme Court judgement. This will help in monitoring of the precious Inter-linking of River Projects to be carried out under National Perspective Plan 1980 of the government.

CCEA approved construction of trunk infrastructure for phase II Shendra Bidkin Industrial Area at an estimated project cost of Rs 6,414.21 crore and investment of Rs 2,397.20 crore as equity of DMIC Trust in the city. 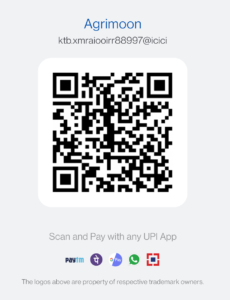